Tea production was growing significantly and the Planters Association of Ceylon embarked on a number of schemes to promote their tea in the world market in competition with, primarily, India. One of these was to set up a Tea Kiosk, a forerunner to the much later Ceylon Tea Centre in London : 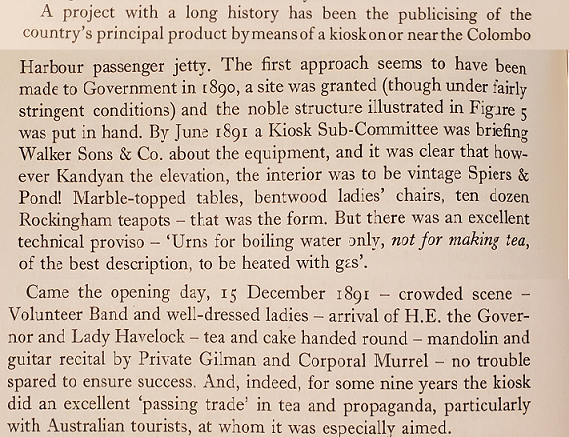