We recently came across this wonderful photo and blog post about Winston Churchill and a couple of his favourite habits, namely cigars and the unmistakable smoked black tea called Lapsang Souchong. From a simple desire to photograph a wooden figure of Churchill, the writer Linda Gaylard goes on to draw connections to his love of cigars and whiskey, as well as his time as an army officer in the Sudan and Boer Wars.

Originating in the Fujian Province of China, Lapsang Souchong is generally made from the lower leaves of the tea bush, or “souchong”, and has been slowly smoked over pine wood to produce a smooth brewing tea with a distinctive smokey-sweet aroma and flavour with notes of pine, liquorice and longan berry.

One of our suppliers provided a couple pictures and a description of the process:

“The backdrop of LS production could not be lovelier. The area is green not only with tea bushes but with dense bamboo that filters light and heat. Small streams dot the area, lending a cooling element too. The 1st photo shows the large structure that houses the smoking process. Pine wood is laid out on the bottom (ground) level. The 3 storeys above have latticed floors on which tea leaves are spread out (after oxidation and drying) to absorb the aromatic smoke as it wafts upward. No flavorings or essences are used.” 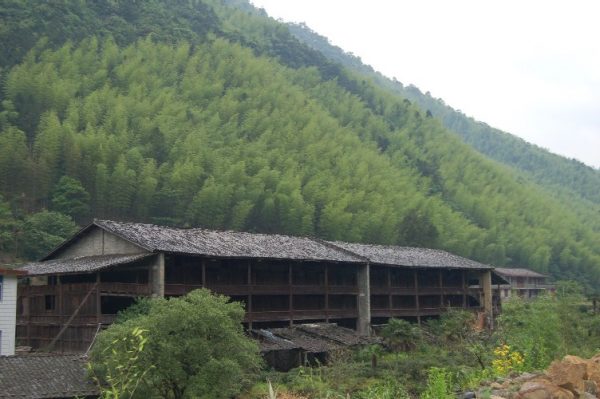 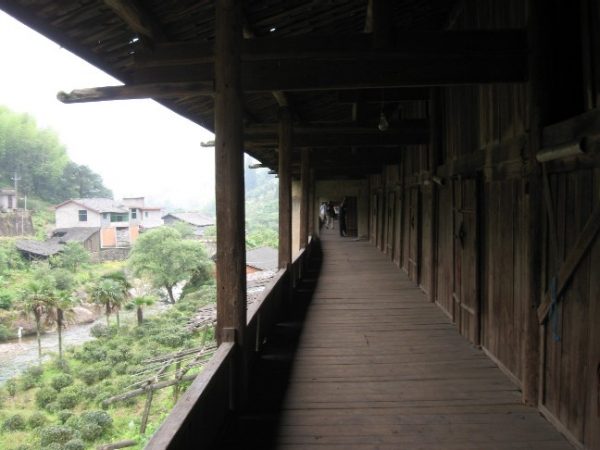 It is a fairly divisive tea and not everyone will be a fan but we do recommend that you try it at least once. We carry a number of Lapsang Souchong teas, from a full smokey China leaf to a milder, oven-roasted tea from Taiwan…and even a wild-harvested version that has not been smoked at all! Something to suit a variety of tastes…

And if you’re looking for something smokey but maybe a bit stronger and fuller bodied to start off the day, we have our own Calgary Welsh Breakfast blend.

Fun fact: From a link on Wikipedia …when told that his Captain Picard character from Star Trek: The Next Generation would drink a lot of tea, Sir Patrick Stewart originally suggested that he drink Lapsang Souchong, but the producers were afraid the audience wouldn’t know what that was, so the character drank Earl Grey tea instead. “When it first came up that Captain Picard was going to drink a lot of tea I suggested lapsang souchong, but the producers thought that nobody would know what it was. I must urge people not to send me any more Earl Grey. I’ve got so much of it now I could open a tea shop.” http://nicky_smith.tripod.com/neon.html

Whatever your taste, enjoy your tea!