One of our newer suppliers in the last few years is a small natural tea grower’s initiative founded in 2015 which trains, supports and promotes marginalized tea farmers across Assam and Darjeeling. It has since spread to emerging tea producing regions like Arunachal Pradesh, Sikkim, Nilgiri, Manipur and Mizoram.

These farmers have adopted traditional cultivation techniques which have been passed on through generations, shunning the use of harmful and expensive chemicals in order to preserve the soil for the future generations. While most of the farmers can’t afford to have organic certification, their cultivation techniques are far above organic standards and have passed extensive chemical tests.

As well, these teas are handcrafted by the tea growers themselves and produced with minimal mechanical intervention yielding remarkable teas with unique flavours. The initiative also helps sustain the organic revolution by supporting more farmers to become self-sustainable entrepreneurs and thereby raise their living standards.

“A lush green tea village on the mountain slopes of the Himalaya in Darjeeling at 5500 ft above sea level, known as Mandal Gaon. Like any other small tea grower in Darjeeling Mr Moktan also used to sell green leaves to the nearby tea factory but he hardly had any control over the price. With the liberalisation of the tea plantation laws in Darjeeling, Moktan also took to tea plantation organically.”

“A small newly plated tea farm up in the foothills of Himalaya at 3500 feet in the extreme interiors of Arunachal Pradesh has been planted by Mr Tabem in 2011 in a patch of land where he used to cultivate vegetable. Arunachal is a very thinly populated state, therefore the whole farm is looked after by Mr Tabem and his family right from plucking to processing. The farm is surrounded by rivers on 2 sides and covered by dense forests on all the sides. We have set up a micro tea processing unit in 2018 which also serves as the first experimental station for our Arunachal chapter. It does produce a very distinct cup of Black tea.”

You can read about other farms in the initiative and their work here. 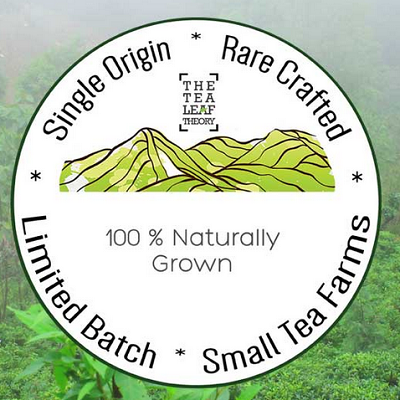 Whatever your taste, enjoy your tea!