After the Opium Wars, Robert Fortune ventured into the Chinese interior to collect samples of plants as well as tea plants and seeds. In this extract of his travels he recounts how he returned from the tea district near Sung-lo, in the modern day province of Anhui. He is now on Kintang Island, off the coast of present day Ningbo, before returning to Hong Kong with his finds.

In this excerpt, William, renowned for his untidy hair, his large appetite and the many exploits of himself and the rebels, is treated to the exceptional cooking of tea cakes by Miss Smith.

END_OF_DOCUMENT_TOKEN_TO_BE_REPLACED

“After he was gassed in the trenches of World War I, Syd senior used his compensation money to open the stall. In spite of being a Coffee Stall, Syd only sold tea and beef extract – adopting the description ‘Coffee Stall’ to impart aspiration to his endeavour. When World War II came along, the stall operated twenty-four hours during the London Blitz, serving refreshments to the firemen and auxiliary workers. At the time of the Coronation, Syd junior launched ‘Hillary Caterers’ in honour of Sir Edmund Hillary’s conquest of Everest. As the first and only caterer ever licensed to serve food on the steps of St Paul’s Cathedral, Syd became a Freeman of the City of London…” 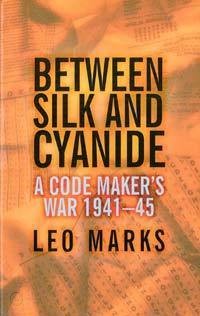 An excerpt from Between Silk and Cyanide – A Code Maker’s War 1941-45, Leo Marks recounts his time in SOE, a branch of British Intelligence. A gripping read for those who enjoy learning about code-breaking during World War II.

END_OF_DOCUMENT_TOKEN_TO_BE_REPLACED

A great post on www.spitalfieldslife.com, written by Markman Ellis.

“Britain has been celebrated as ‘a tea-drinking nation’ since at least the late eighteenth century and a nice cup of tea remains one of life’s most comforting rituals. Tea-drinking has associations with hearth and home, and is emblematic of wider British ideas of both polite society and humble domesticity. How did this little leaf, a migrant from half-way round the world, come to such prominence in Britain?”

By May 1839, ahead of the Opium War, trading houses in Canton had been evacuated following a proclamation by Commissioner Lin that prohibited the import of opium into the city. For the year, the captain ensured that China tea reached its destinations throughout the world : END_OF_DOCUMENT_TOKEN_TO_BE_REPLACED 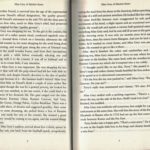 An excerpt from Downtrain by Robert Nisbet…

END_OF_DOCUMENT_TOKEN_TO_BE_REPLACED

Taken from a short story written by Anton Chekhov, this excerpt describes how Olga Mikhaylovna entertains guests during a name-day party she is throwing for her husband, Peter. END_OF_DOCUMENT_TOKEN_TO_BE_REPLACED 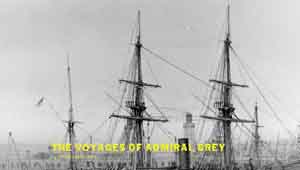 The Voyages of Admiral Grey!